Monument for the Windrush Generation 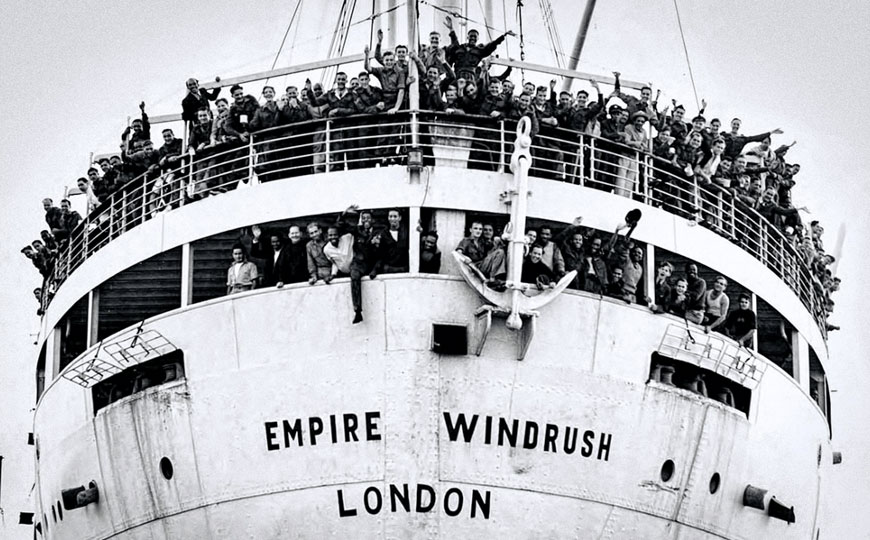 The Empire Windrush and the ‘Windrush Generation’ are bywords for the post-war era of mass migration from the former colonies of the British Empire to the UK. An era defined by the single iconic image of the ship arriving at Tilbury Dock on 22nd June 1948, its stern anchor framed by the expectant faces of the country’s newest immigrants.

The Empire Windrush has entered the national consciousness as one of the most famous vessels in British history by dint of her story. She signifies the beginnings of multicultural Britain. The arrival of Caribbean people from Jamaica stepping off the gangplank at Tilbury Dock in London was a landmark moment in history which was to transform British society, at that time just recovering from the ravages of WWII.

Windrush has lent her name to public spaces, charities and even starred in the opening ceremony of the 2012 London Olympics. As a name “Windrush” is the single word used to identify an entire generation of people. Yet no tangible monument to this event and what ensued exists.

We aim to find the wreck of the Empire Windrush where she sank in the Western Mediterranean and recover her stern anchor for it to become the centrepiece of a national monument to the Windrush Generation. This will be a people’s memorial, symbolic of the vital role the Windrush Generation, their children and grandchildren have played in creating a prosperous, multicultural British society. It will be placed in a prominent location chosen by the public after extensive consultation.

Windrush’s actual anchor – the one seen thousands of times in that iconic and powerfully poignant image – will be recovered from the shipwreck lying on the seabed 2,800 metres below the surface. The anchor, carefully conserved to remove all traces of salt residue, will be a ‘touchstone’ and will stand as a direct physical connection to the ship, her passengers and that first historic voyage, which changed the course of British society.

The wreck of the Empire Windrush

After its historic voyage from Kingston, Jamaica to London carrying the first wave of Windrush immigrants, the Empire Windrush continued to operate in service for the Ministry of Transport typically carrying military personnel and their families back to the UK from the far east. In late February of 1954, on one such voyage, the engine room of the vessel caught fire causing the immediate evacuation of all passengers and crew. While four engine room workers were killed in the fire, a major rescue operation involving five merchant ships and three RN vessels saved the remaining 1,494 persons on board. The abandoned ship, still raging with fire, was being towed to Gibraltar when she sank two days later.

The wreck lies about 23 nautical miles off the coast of Algeria on a relatively flat portion of the seabed approximately 2,800 metres deep. Because the vessel sank slowly we fully expect that the intact hull will lie upright on the seabed, as is normal with ships that sink in deep water, such that the stern anchor will be readily accessible for recovery. Most importantly, the position where Windrush sank is known to a relatively high degree of accuracy (+/- 3 nautical miles), which gives us a high degree of confidence – greater than 95% – that the wreck can be found. 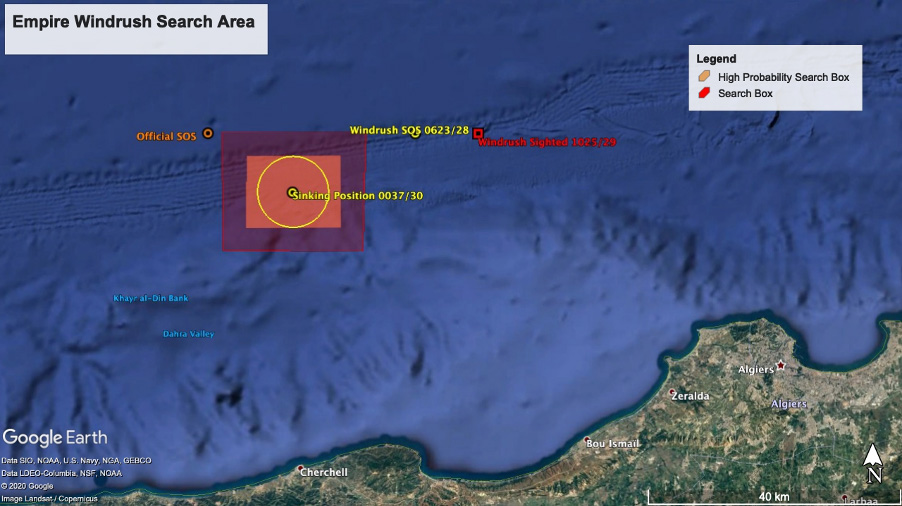 The major costs of the project will come from hiring the specialist offshore search and recovery vessel(s) that will be contracted to find the wreck and recover the anchor. Due to the current COVID-19 pandemic, the earliest these offshore operations can take place will be in 2021. Costs for a project of this scope could range from £1.5 to £2.5 million, but this will depend largely on the availability of the specialist vessels and subsea equipment at the time the search will take place next year. For these reasons we are seeking to raise an initial £500,000 in this public campaign, that we expect will be matched and added to by other major benefactors and corporate sponsors who support diversity, equality and the aims of this project.